'The Ruins' camping area is just behind the beach and a few hundred metres from Wallis Lake on the other side. It also has hot showers. A number of goannas were doing circuits during the afternoon and some would come right up to you. They weren't aggressive though. 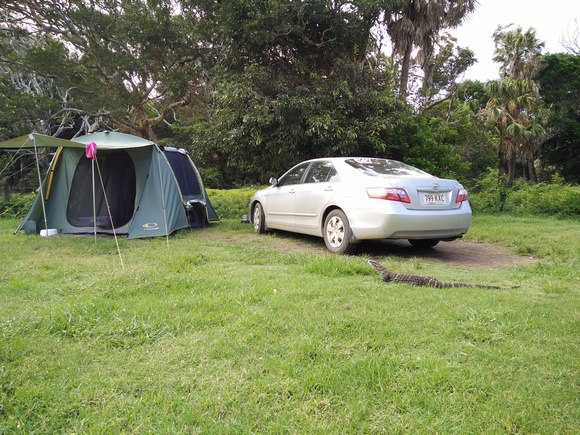 A gonna visiting our camp

Another one is not visible behind the car. We had a quiet afternoon and had a walk on the beach at sunset.

Bev wasn't up to strenuous walking so I did the Booti Hill/Lakeside walk by myself. That hill was steep in places and when I arrived at the next beach, I found you could drive there. The lake portion was pleasant though. 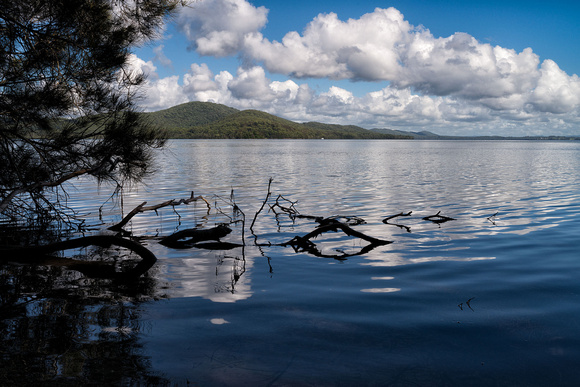 After my walk we drove to Seal Rocks and walked up to the lighthouse on Sugarloaf Point. This was a bit steep, but paved and short. 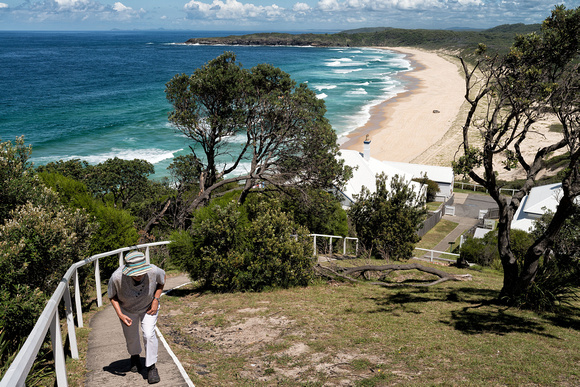 Climbing to the lighthouse on Sugarloaf Point.

We ended up at Bulahdelah for lunch before driving back to camp.