On the way to Armidale yesterday, we stopped for lunch at Wollomombi Falls, in Oxley Wild Rivers National Park,and went for a short walk. The falls were dry except for a small trickle but the gorge is impressive. 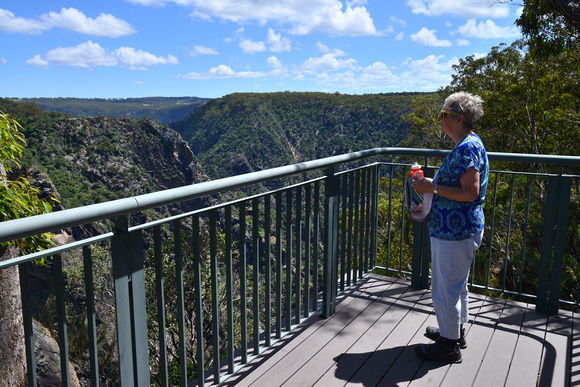 Bev at a lookout, Wollomombi Gorge

Today we drove to Dangars Gorge, also in Oxley Wild Rivers National Park, with similar geography to Wollomombi, but again the falls were dry. We set up camp but I didn't choose the site very well as the tent was in full sun for a few hours each afternoon. This photo is early morning. 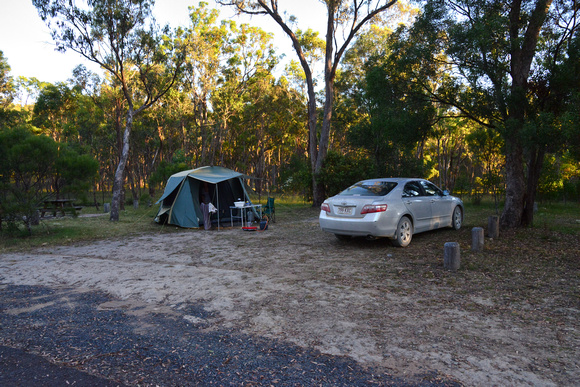 This is the view down the gorge from the lookout near the falls. 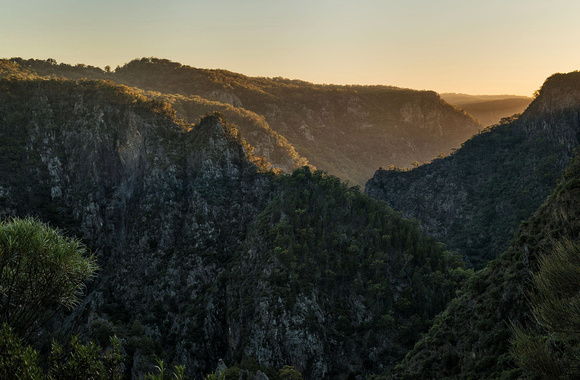 Looking down Dangars Gorge, near Armidale

Late in the afternoon I left Bev at the camp and drove back along the road to take some photos in the light of the setting sun. I also wanted to check the national parks web site as I thought camping was free but a pay station had been set up, although with a blank information board. Here are a couple of photos. 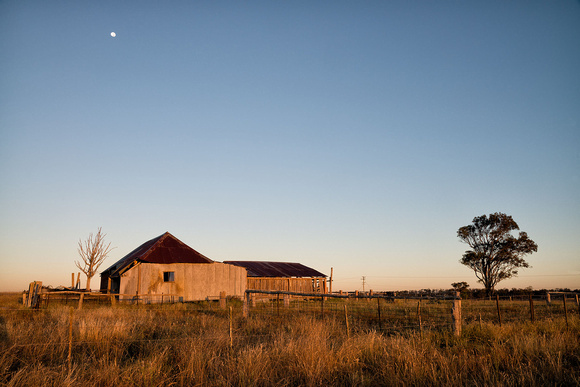 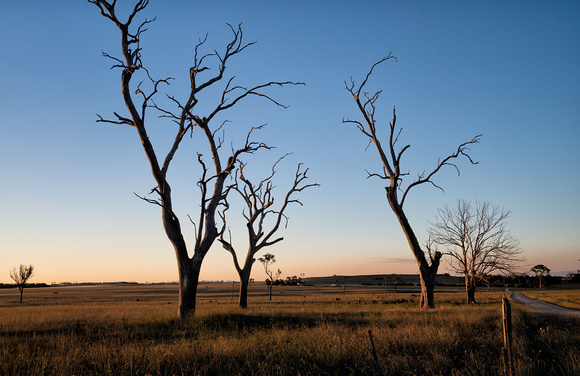 When I got phone reception, I checked the web site and it said free camping, so it looks like they are preparing to impose fees.

Leaving early because of the heat, we tried the walk to McDirty's lookout (about 7km), but Bev had to stop about 1.5km from the lookout with a pain in the groin. So I went on by myself while Bev sat on a convenient log and waited. This track has some spectacular views. I thought the Rock Wallaby lookout was better than McDirty's. This is the view from McDirty's. 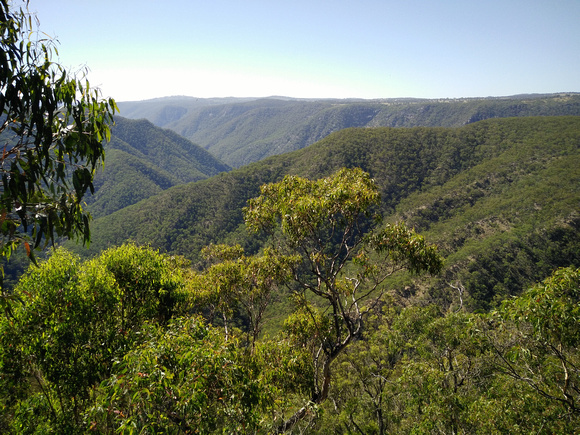 Bev managed to walk back and her limp gradually disappeared. The campground here is quite small and we were a bit concerned when four caravans and a mobile home turned up together. Thankfully they just had a quick look at the gorge then drove off. One other group were camped here and two more arrived late and left early, so it was mostly quiet.

Finding the heat and dryness uncomfortable, we drove to Gara Gorge where we found water but nothing accessible for swimming. I did see some Kingfishers fishing. 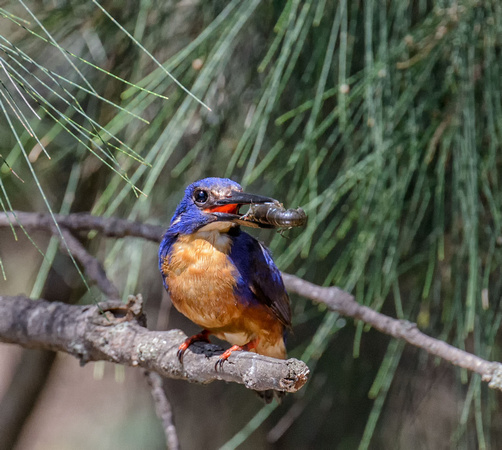 On arriving back at the camp, we found that the other campers had left and we had the place to ourselves.

I thought it would be cooler here but it has been unpleasantly hot during the day with cool nights. The forecast for tomorrow is 34 degrees.

I had planned another night here or in another part of Oxley Wild Rivers National Park but had had enough of the heat and hoped to find an air-conditioned cabin in Gloucester.

On arrival at the caravan park, they had no cabins available so we checked out the tent sites. It's  a large park beside the river, with lots of green grass for tents. On returning to the office ten minutes later, they advised they had a cancellation on a cabin, so we get air-conditioning.

Probable showers are forecast for tomorrow but it should be cooler. We will stay here tomorrow, do some washing and decide where to go next. 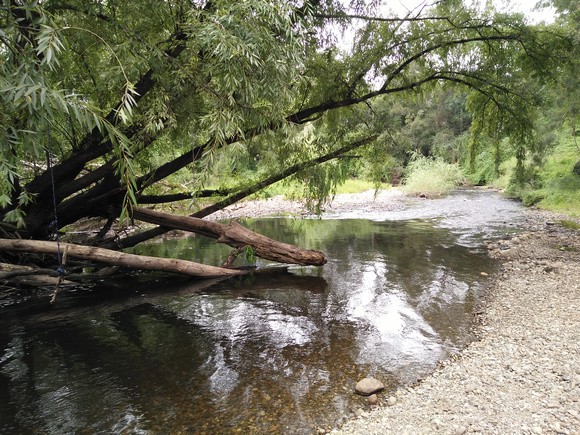 Gloucester River, beside the caravan park