We had a peaceful night with no dingo activity. The sheep came to the dam for their morning drink and this group of lambs decided to stay at the dam to play instead of going with their mothers. Lambs at the Dam

The mothers came back for them a little later. We left the tent set up and went back to the house for breakfast and for John to feed his dogs. 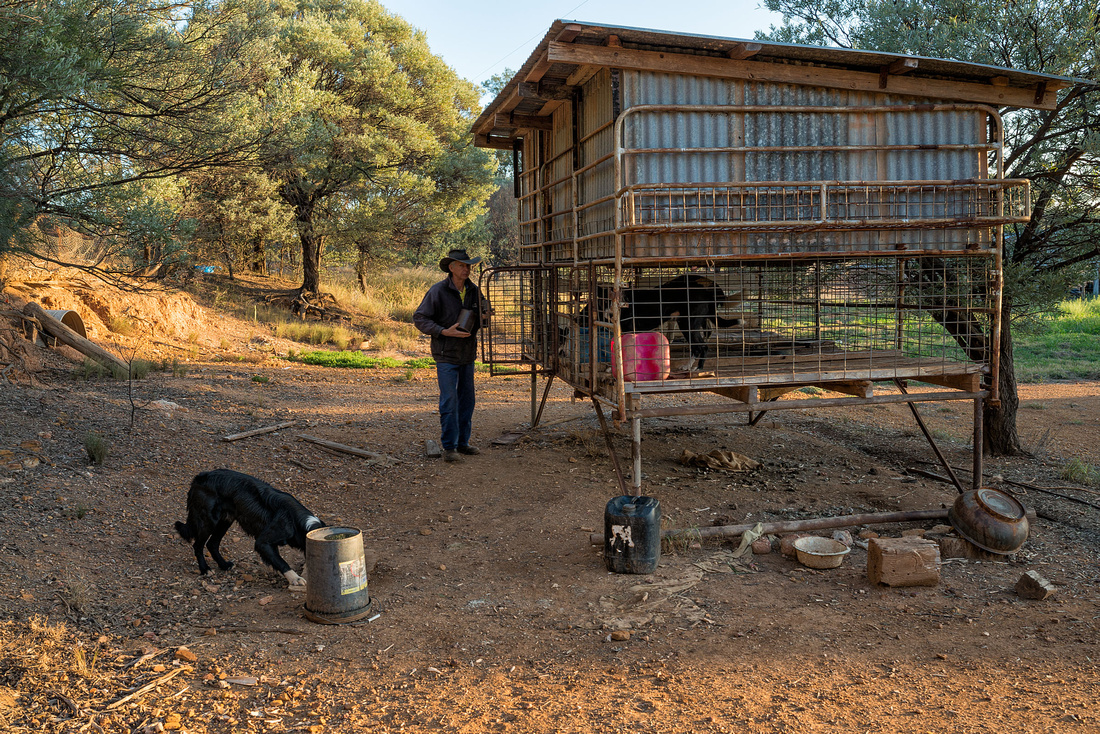 I wish I'd noticed that the dogs head was behind the bucket when I took the photo. John had to go and move a dead sheep so Bev and I had a walk around the area near the house.

One of the sheds and a galvanised tank 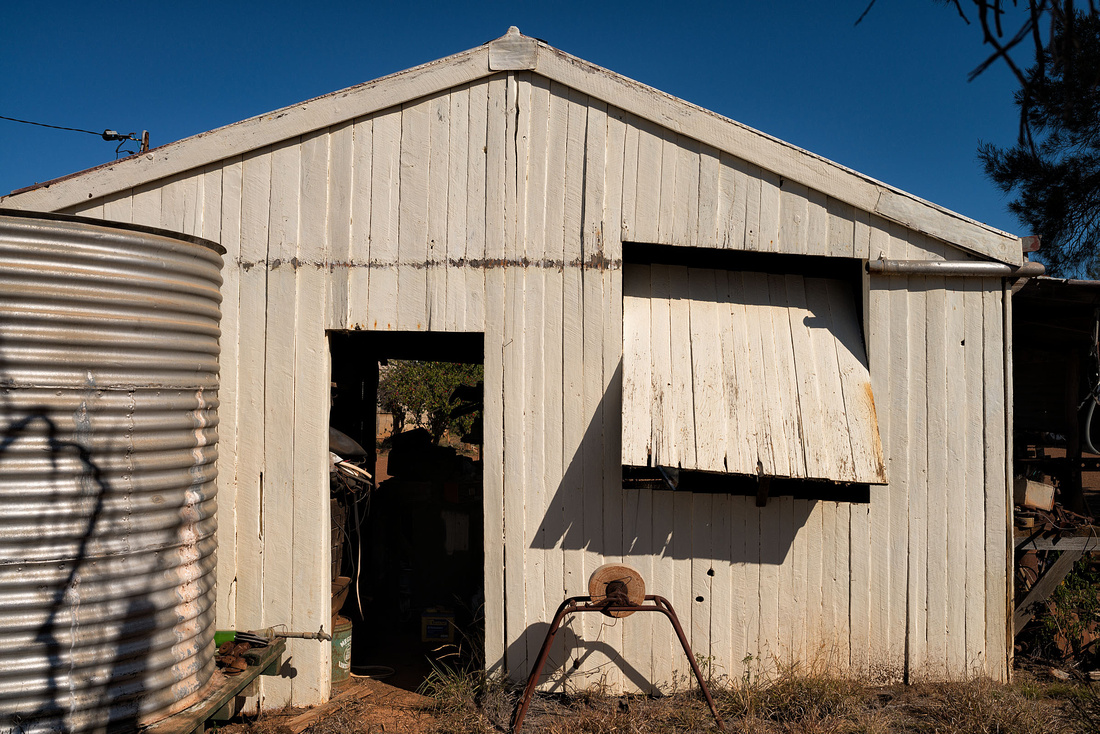 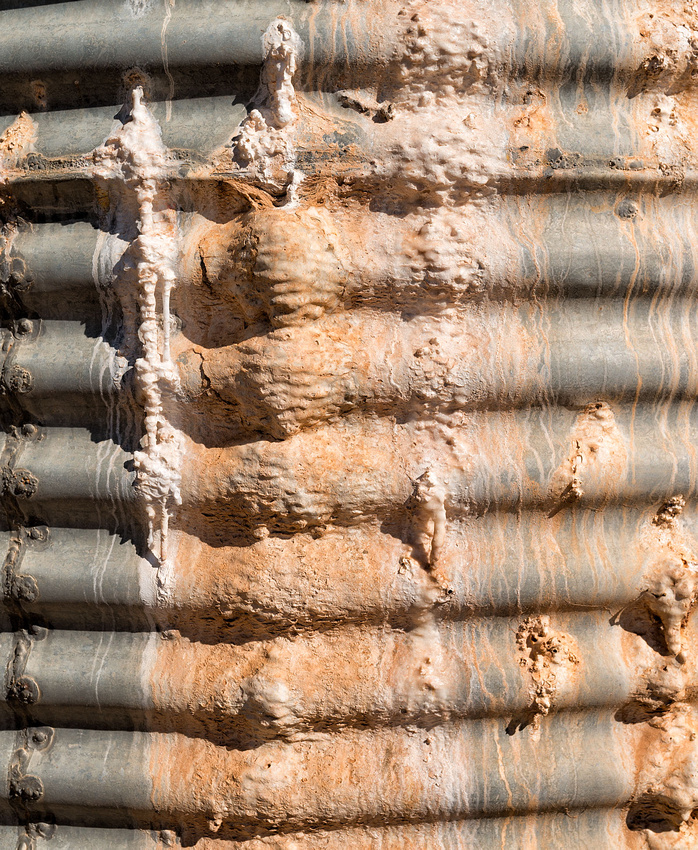 and a couple of birds 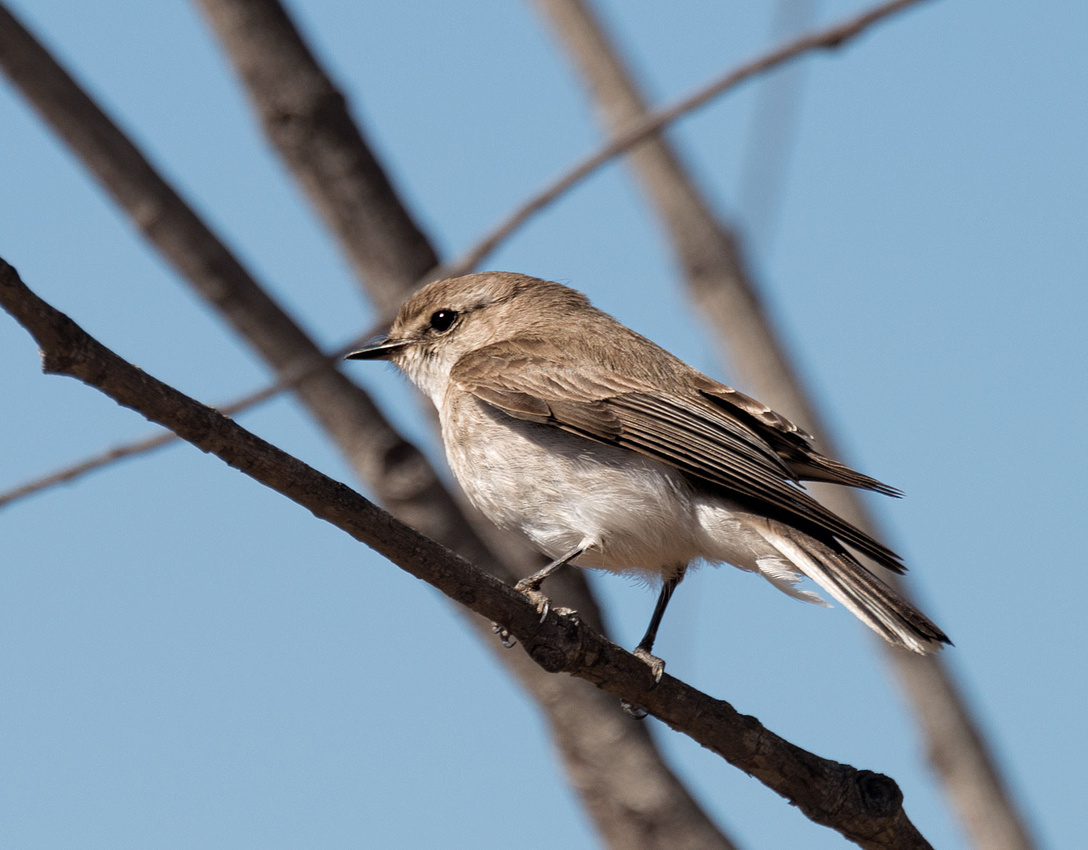 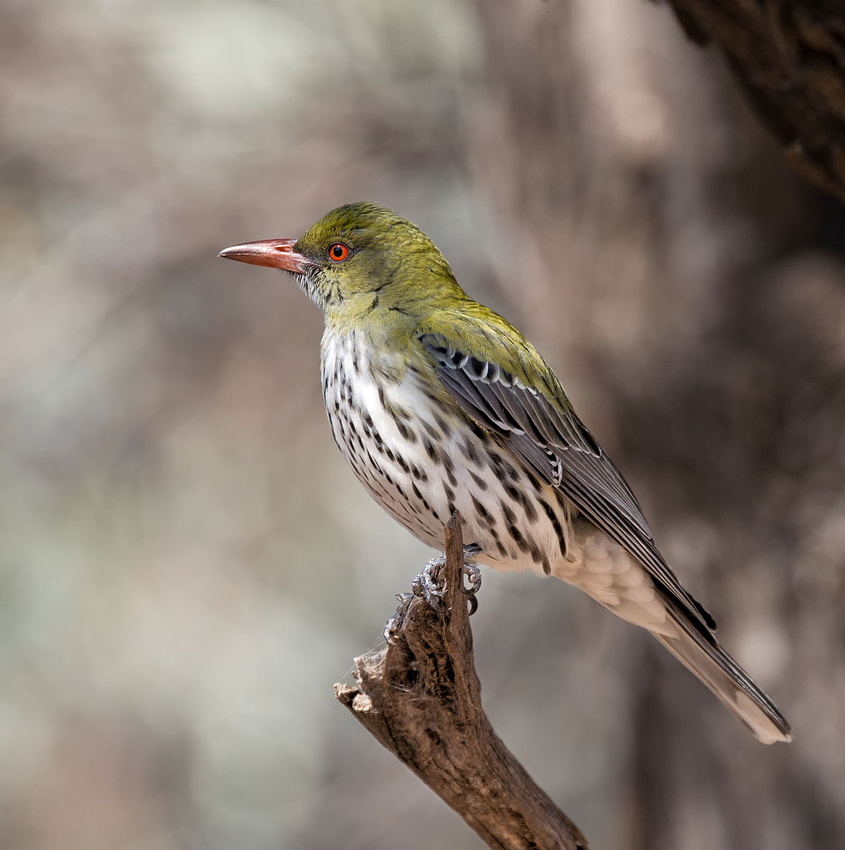 Back at the paddock during the afternoon, we went looking for a donkey John bought to keep the dingos away (it seems they don't like dogs). He was told to leave it wild as it would be more effective; the only problem is that now he can't find the donkey.

The pet ram wanted to follow us and it's an uncomfortable feeling to have those horns walking close behind you. 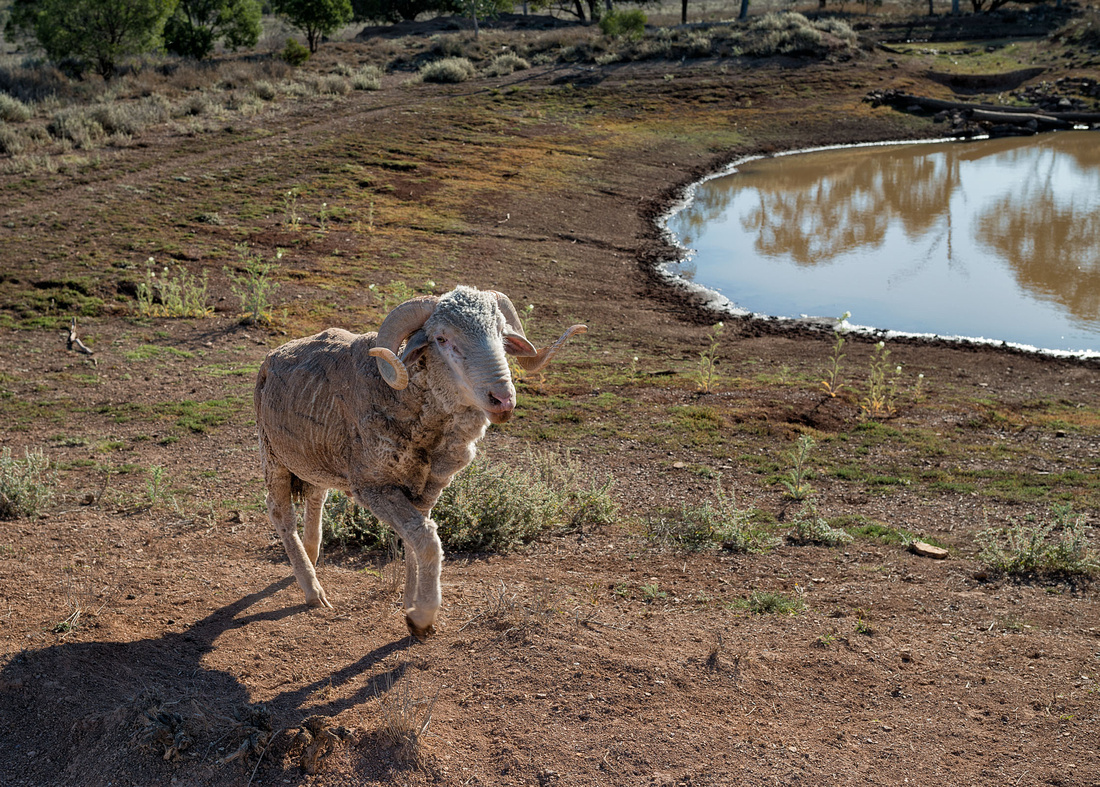 It isn't John's pet; it belonged to someone in town and came to the property when they wanted to get rid of it.

John with is rifle; he isn't shooting anything - he's just using the sight as a telescope to check out something in the distance. 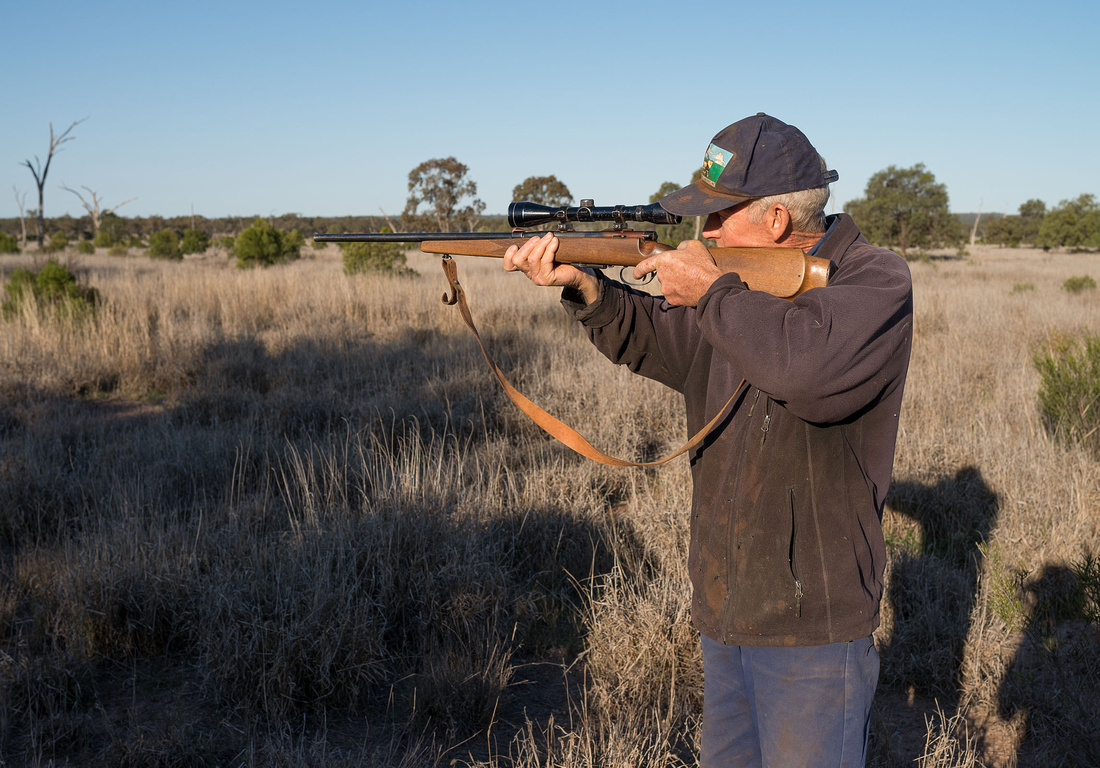 With no wind or rain tonight, we are much more organised and settle down to the distant bleating of the sheep.