We spent today at and around the Mann River Caravan Park. After doing the washing we went for a walk down to the river where I had a swim in the beautifully clear water. The gravel bottom was very hard on my feet when wading through the shallow parts. Bev just sat and watched here.

After lunch we went for a short drive on Cangai Bridge Road and found a large cleared area with good access to the river. A low level wooden bridge crosses the river where it runs in rocky channels. Quite a few campers and swimmers here. We had a look around and left ahead of an approaching storm. The storm didn't come to much but it then rained all night.

We got away reasonably early and headed for Grafton for fuel, food and water, and then on to New England National Park. We had intended to stop at Guy Fawkes River but the roads are dry weather only and, after last night's rain we decided not to risk it.

​We set up the tent in fine misty rain, just before the heavier rain started. I managed to get rather wet getting the camp organised but we were able to eat lunch under the shelter of the tent. It continued to rain all afternoon. This is the view from the tent. 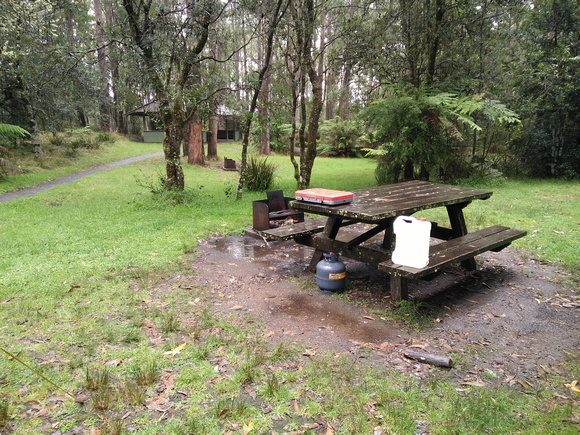 A wet view from the tent

A mist descended as the rain eased. We are quite high here - about 1400 metres. 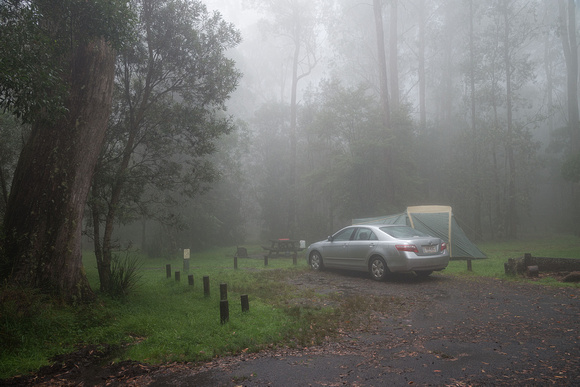 With the mist and drizzle, dinner in the shelter shed seemed a good idea.

This morning is fine with just a bit of cloud around. We tackle the 4km Teatree Falls track and a very pleasant walk it was. 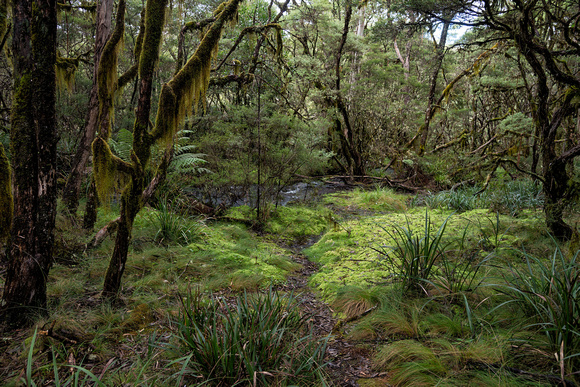 On the Teatree Falls track

I tried the Cascades Track but its rating of 'hard' proved to be true, requiring rock-hopping up the creek. With Bev waiting back in camp, I decided not to risk it. It was a steep climb back to the top.

​We got up early and as it looked clear again, drove up to Point Lookout to see the sunrise. This is about 1560 metres above sea level and quite cool. 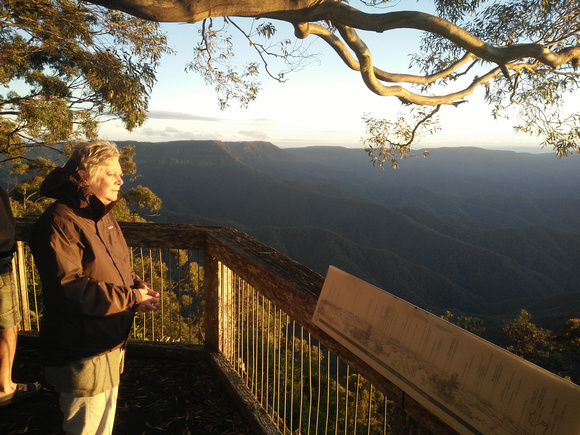 As the sun rose clouds rolled in. 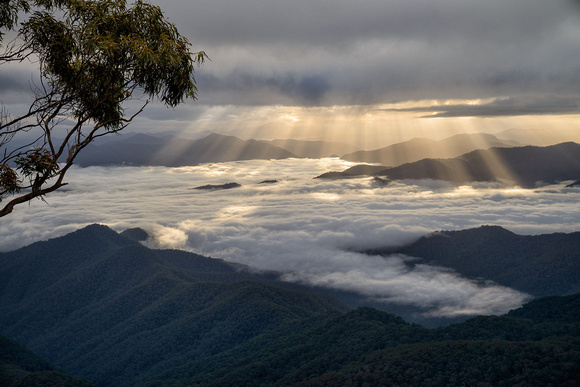 Mist and clouds from Point Lookout

When the show seemed over, we drove back to camp for breakfast and breaking camp. I managed to get a couple of bird photos. 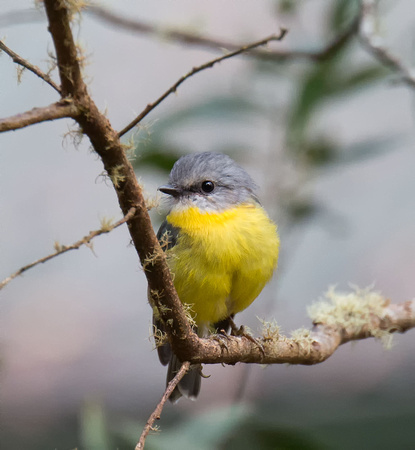 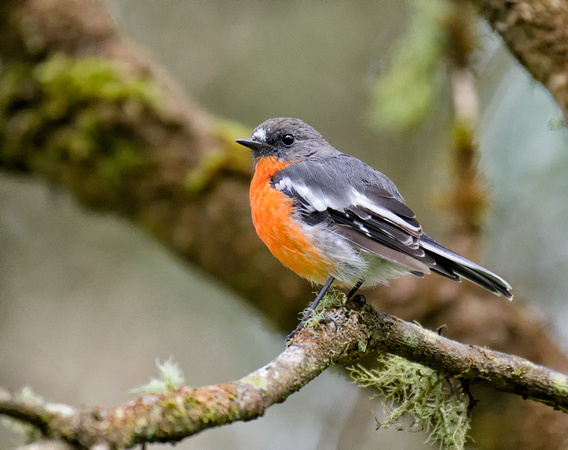 We tried to drive to Gibraltar Range National Park again as everywhere seemed dry away from the camp. It was supposed to be 2wd, but turned out to be not much more than a rough track. I gave up when we encountered a pothole full of water across the whole track that looked like it might be too much for the Camry.

We headed for Armidale and another cabin, intending to head for Dangars Gorge tomorrow.