The pattern of the early morning sun on these tanks caught my eye while we were preparing to pack up at Longreach. 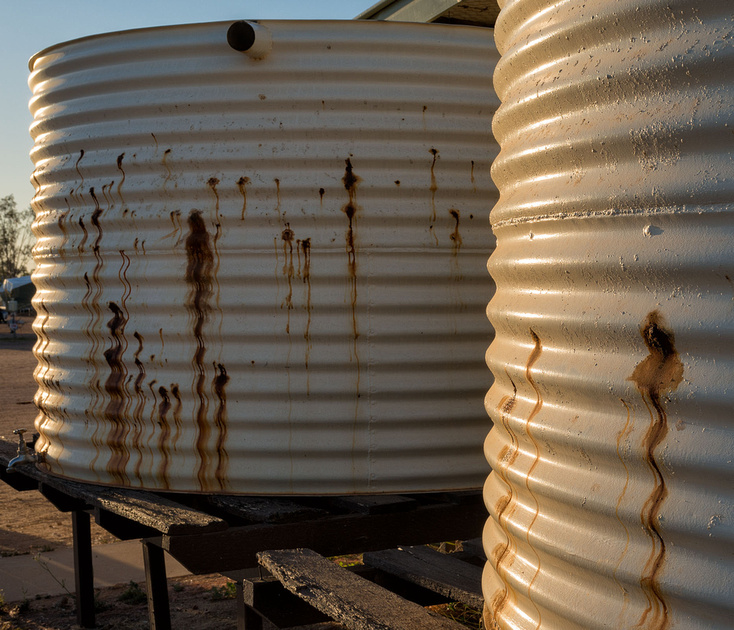 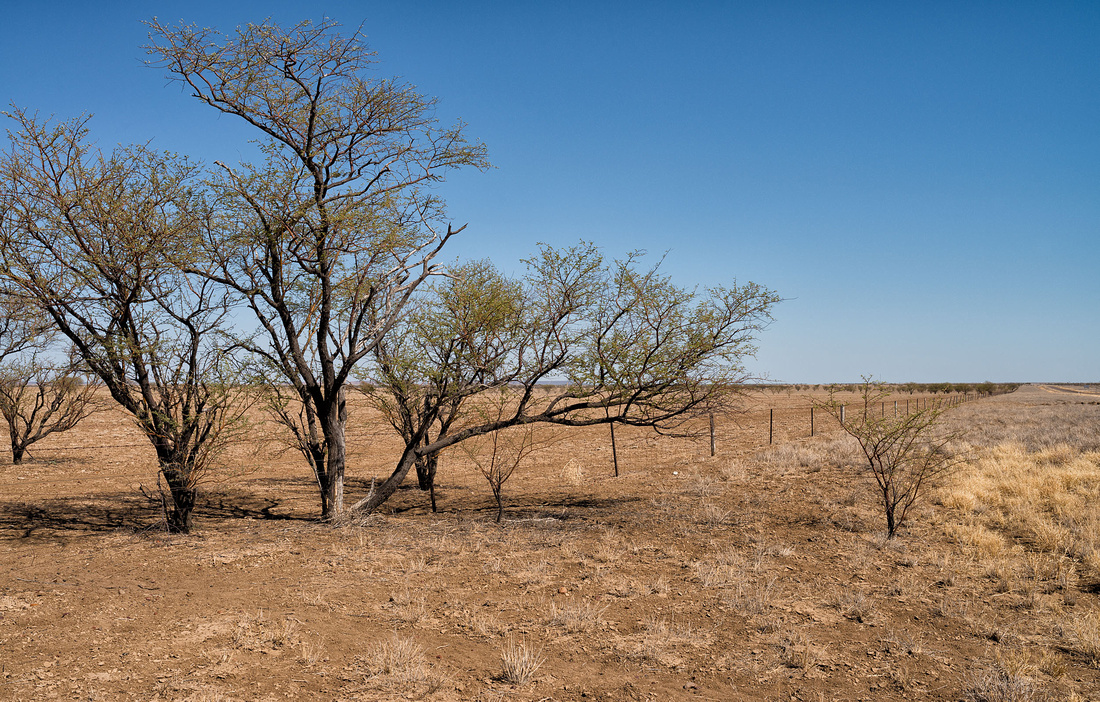 On the Longreach to Winton Road

I took this photo of Bev while we were waiting for our coffee to be served in the Winton Bakery. 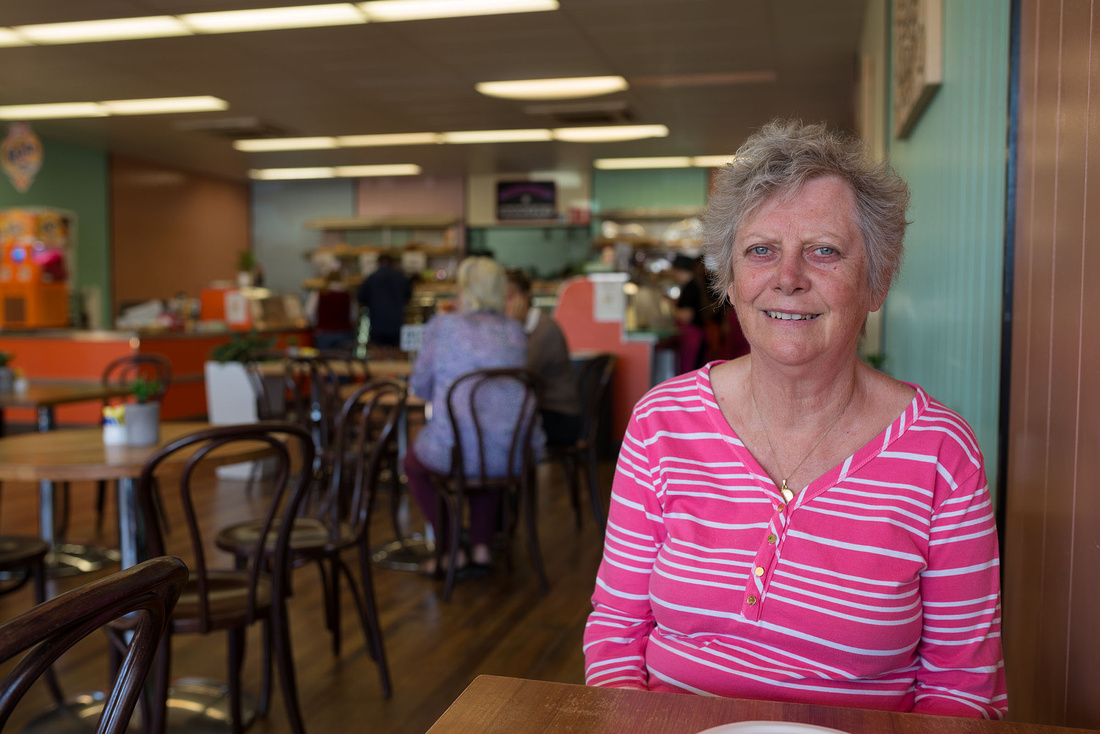 Unlike the Longreach Tourist Park, the Pelican Caravan Park had grass and shade-cloth. 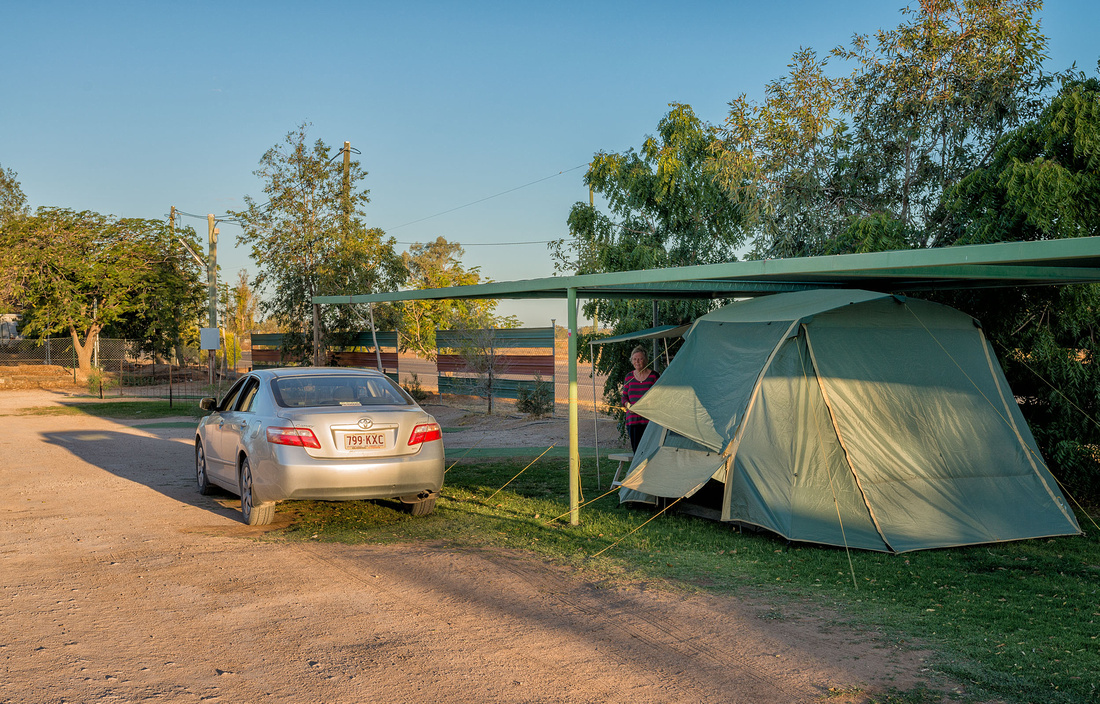 Camp site on grass and under shade cloth, Winton

After a quick look around town, we had a look at the nearby Bladensberg National Park and found it as dry as everywhere else. This is supposedly Mitchell Grass plains, but not much grass to be seen.

Although there were signs to points of interest, they didn't show distances, so we decided to get more information before going any further.

We relaxed at the camp site during the hottest part of the afternoon, then went to have a look at the long waterhole where a number of birds were drinking and feeding. 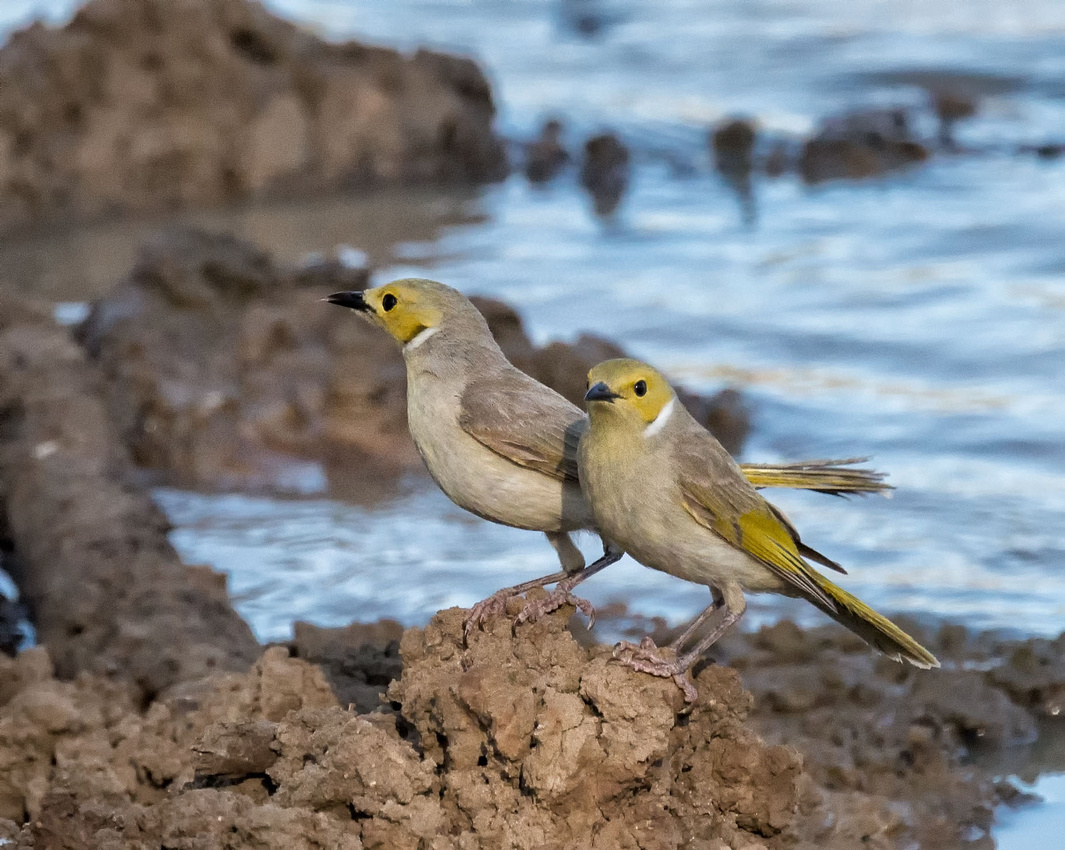 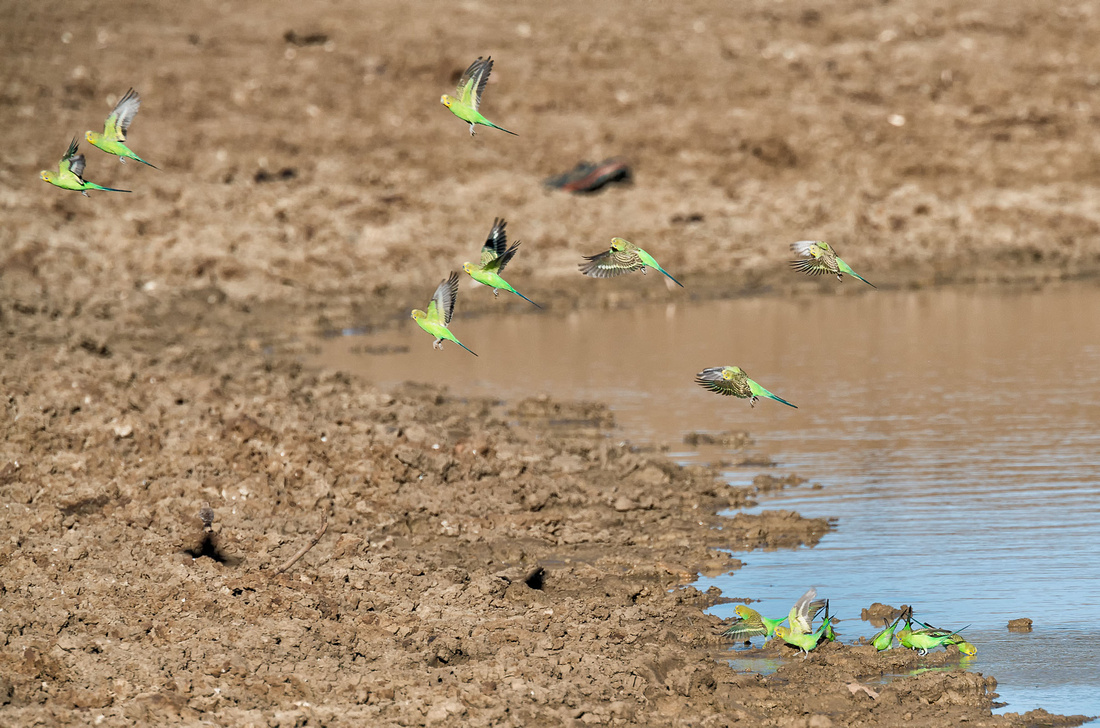 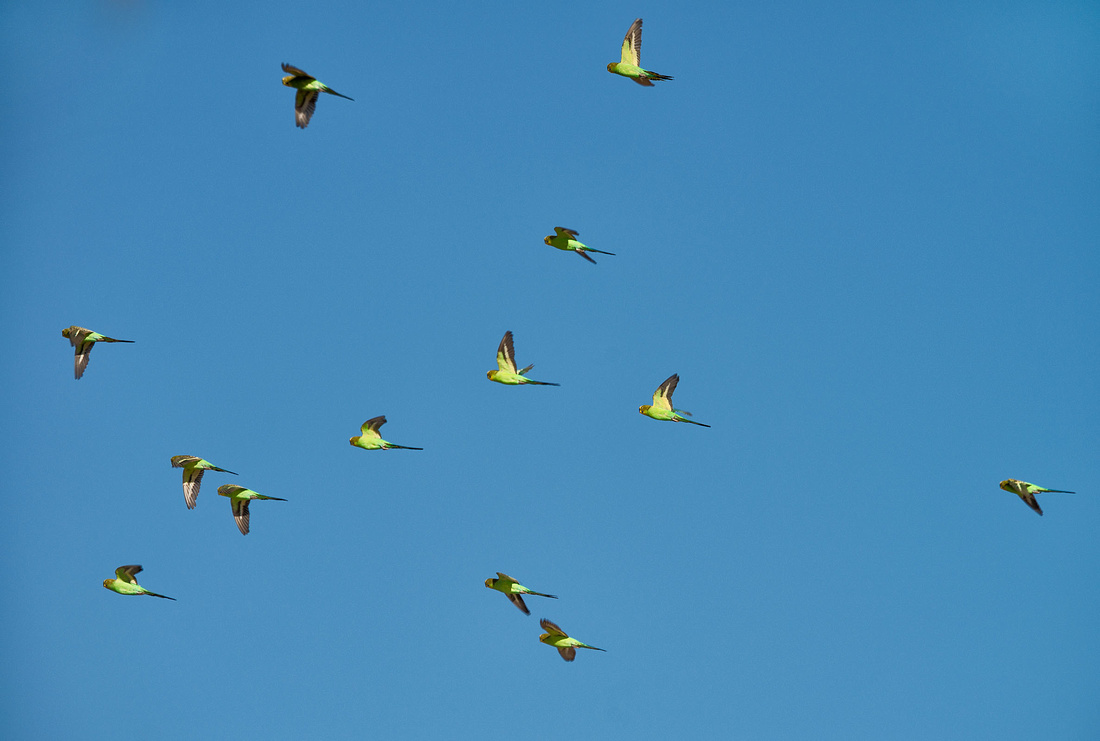 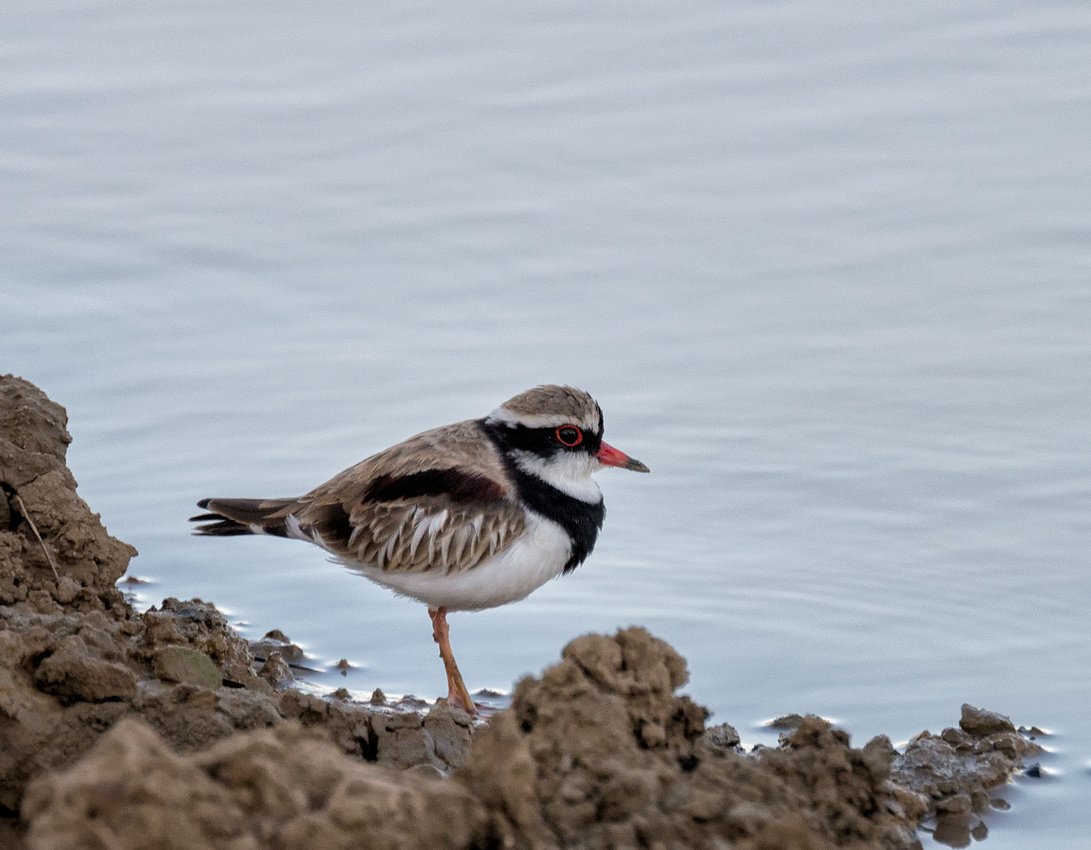 Prepared with a guide, we went back to the Bladensberg National Park. Everywhere is so dry. 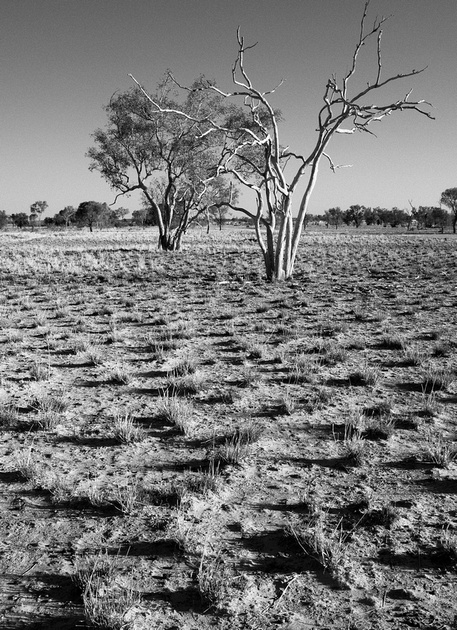 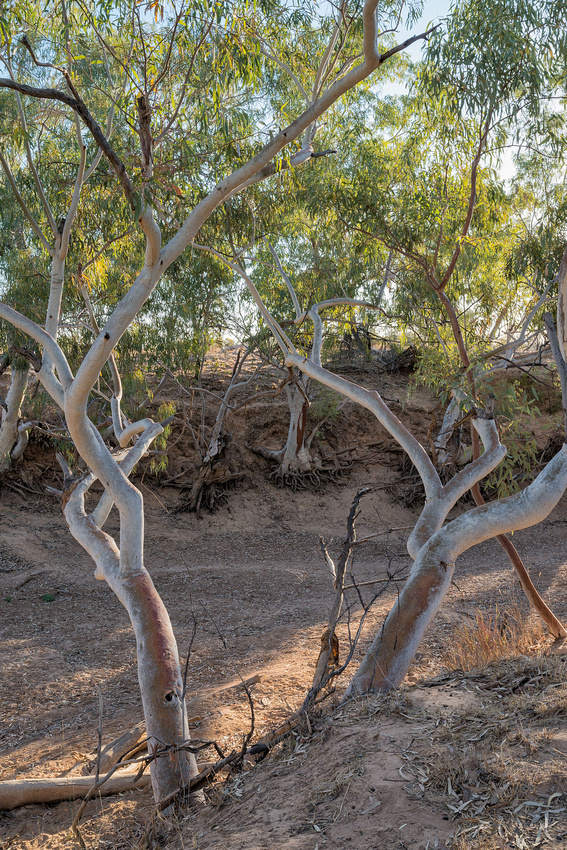 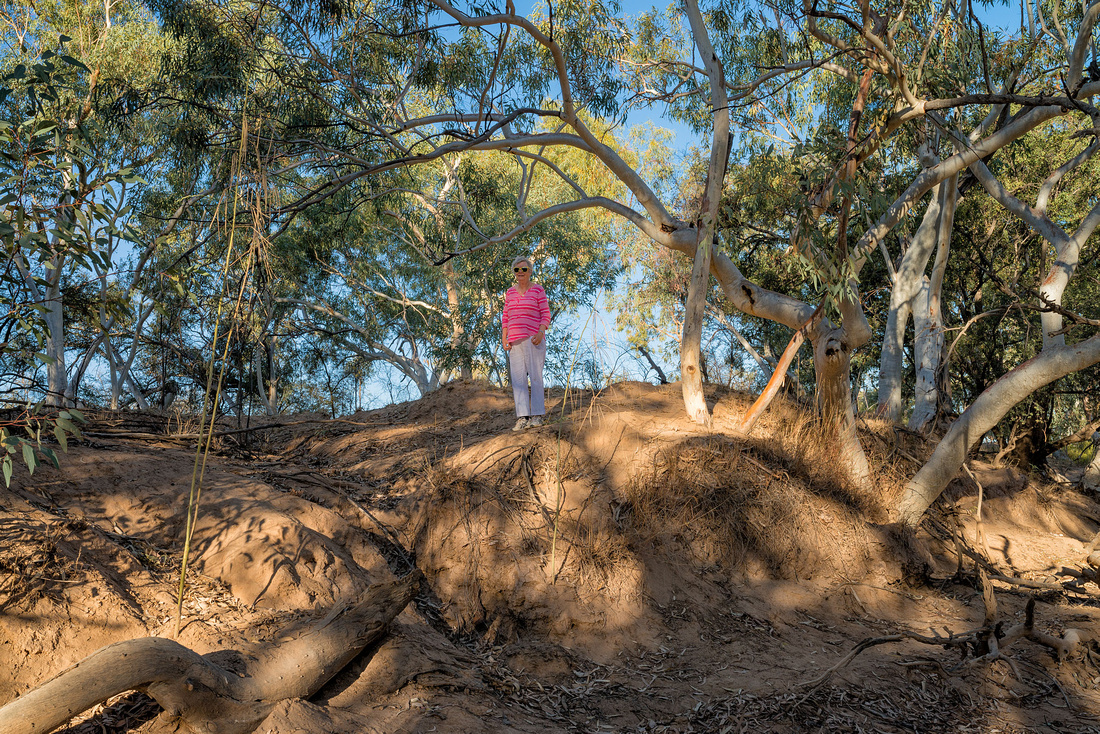 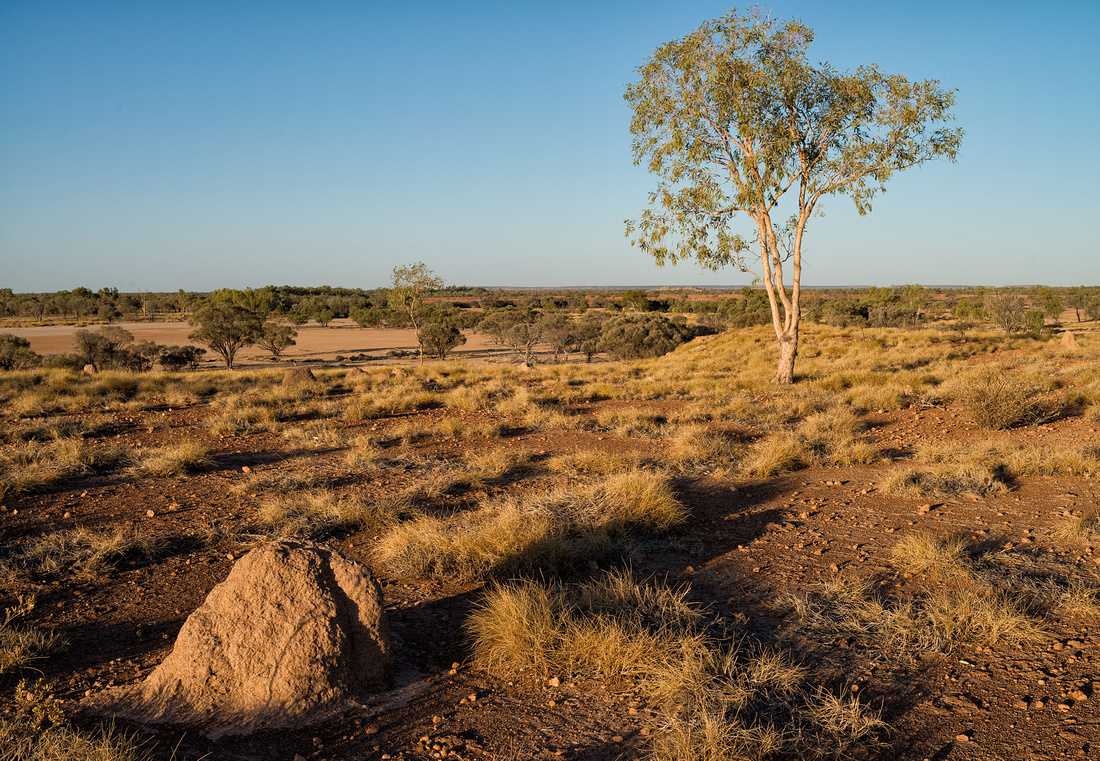 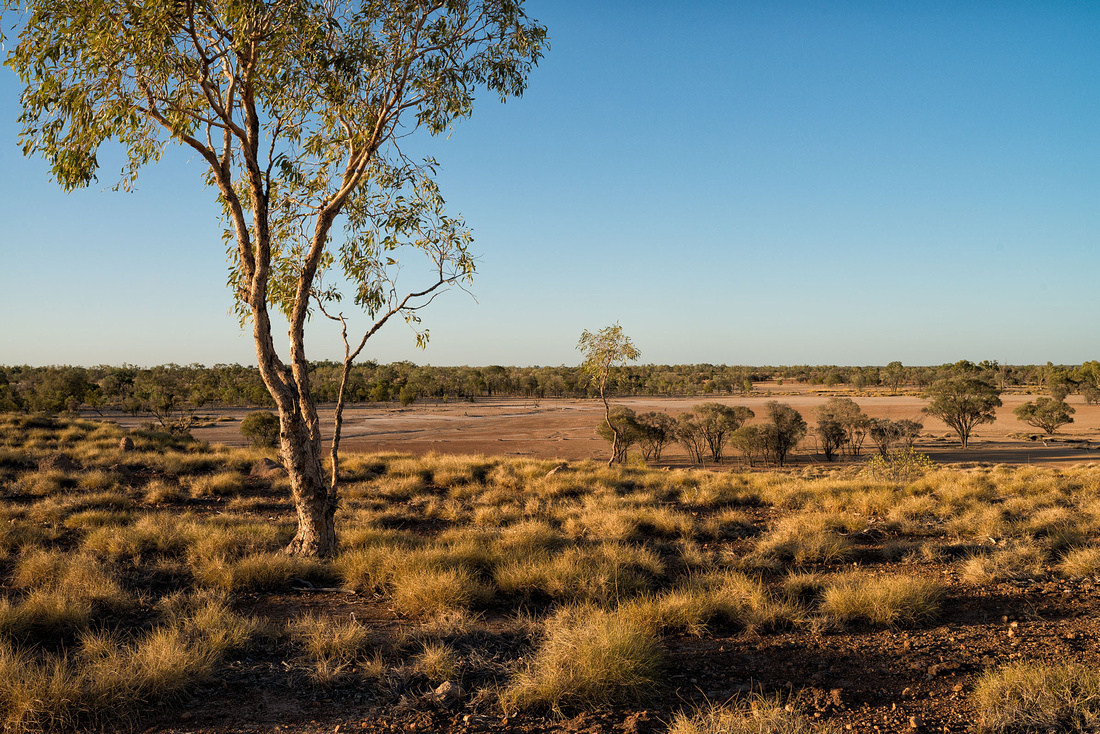 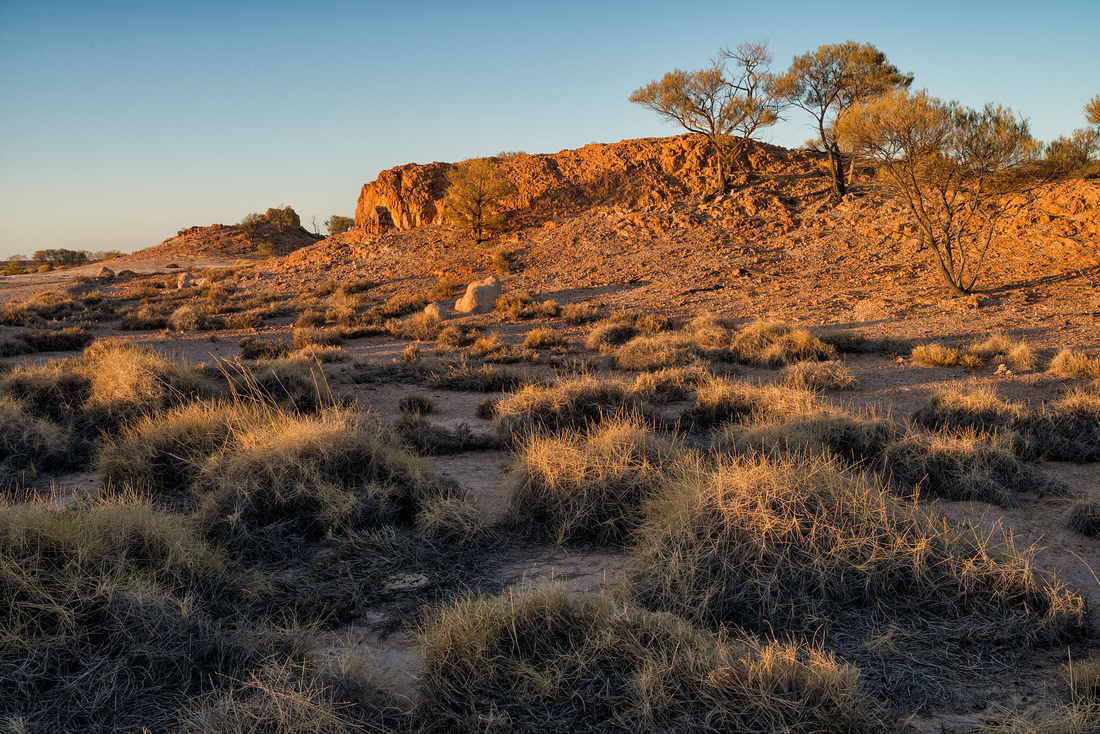