I left Bev sleeping in the tent and went out to take a few photos of Blackall before leaving for Longreach.

We had looked at the Barcoo River when we arrived and found it dry except for one small side channel. I had a closer look and found it was being fed from a bore. I couldn't easily cross it to the main river so left to check out some buildings instead. 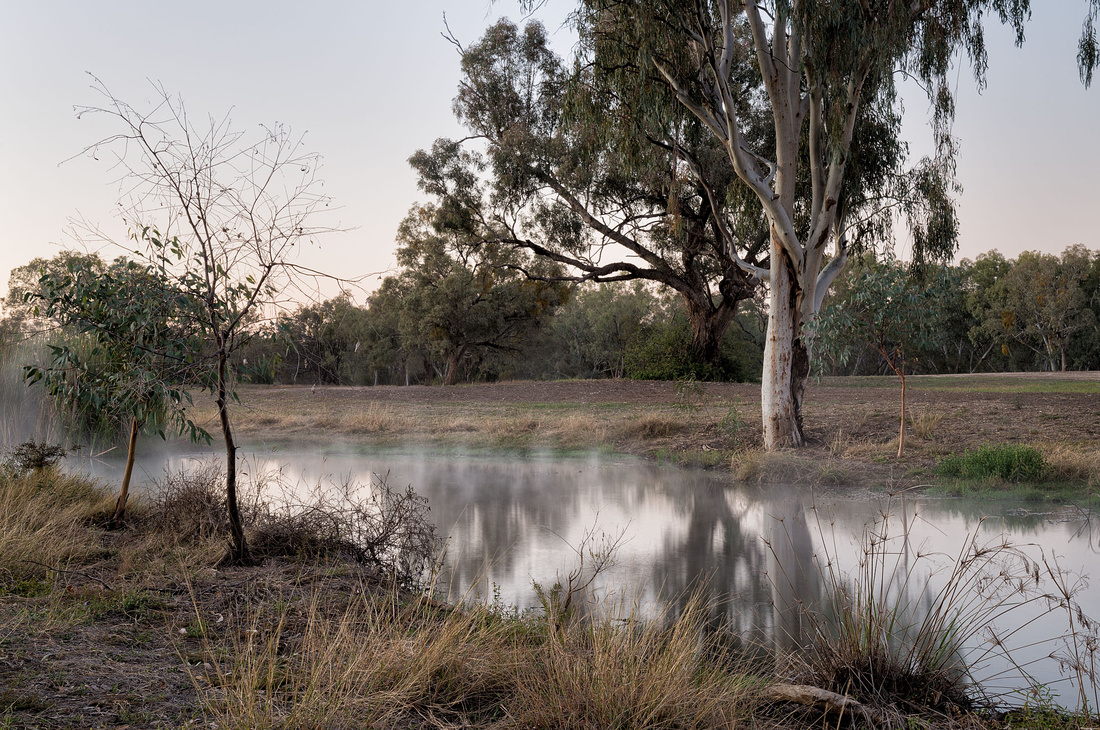 The next two of an abandoned garage. 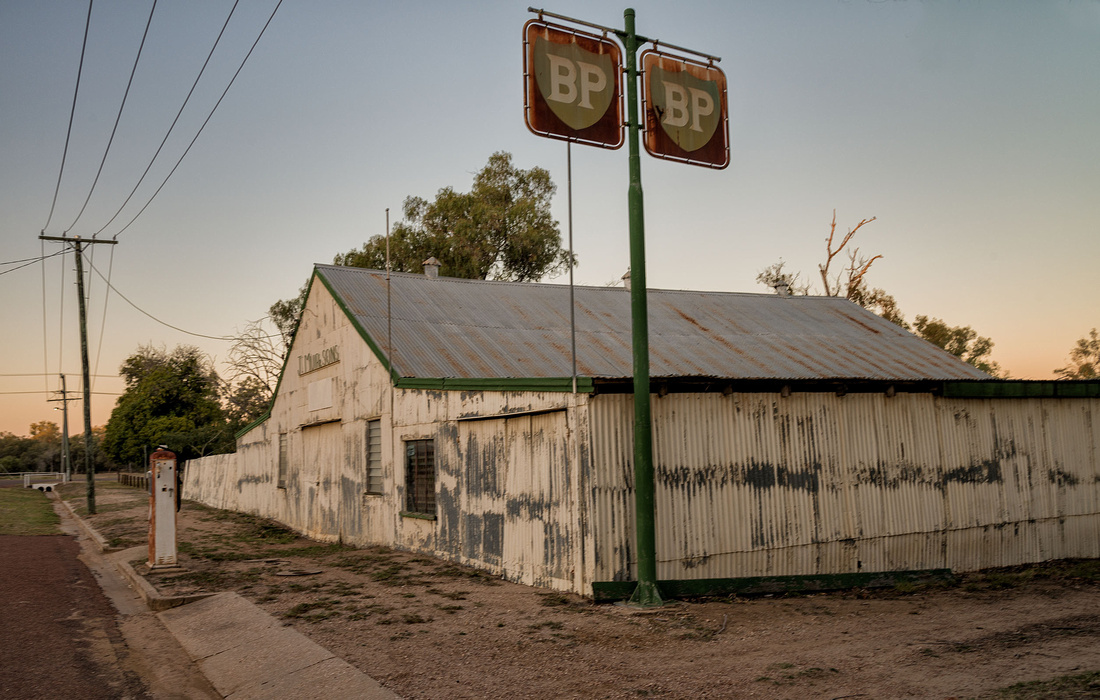 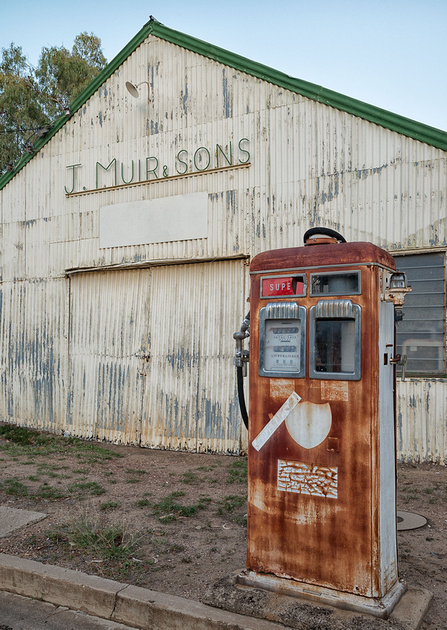 Then some old buildings in Ram park. 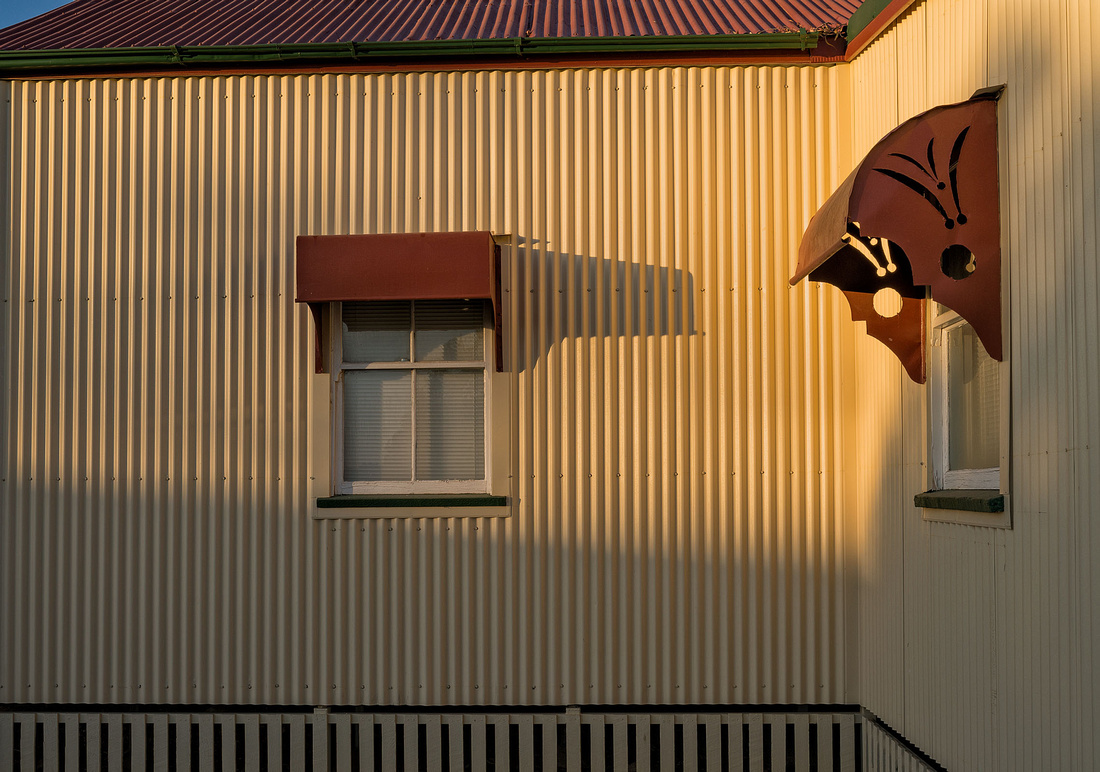 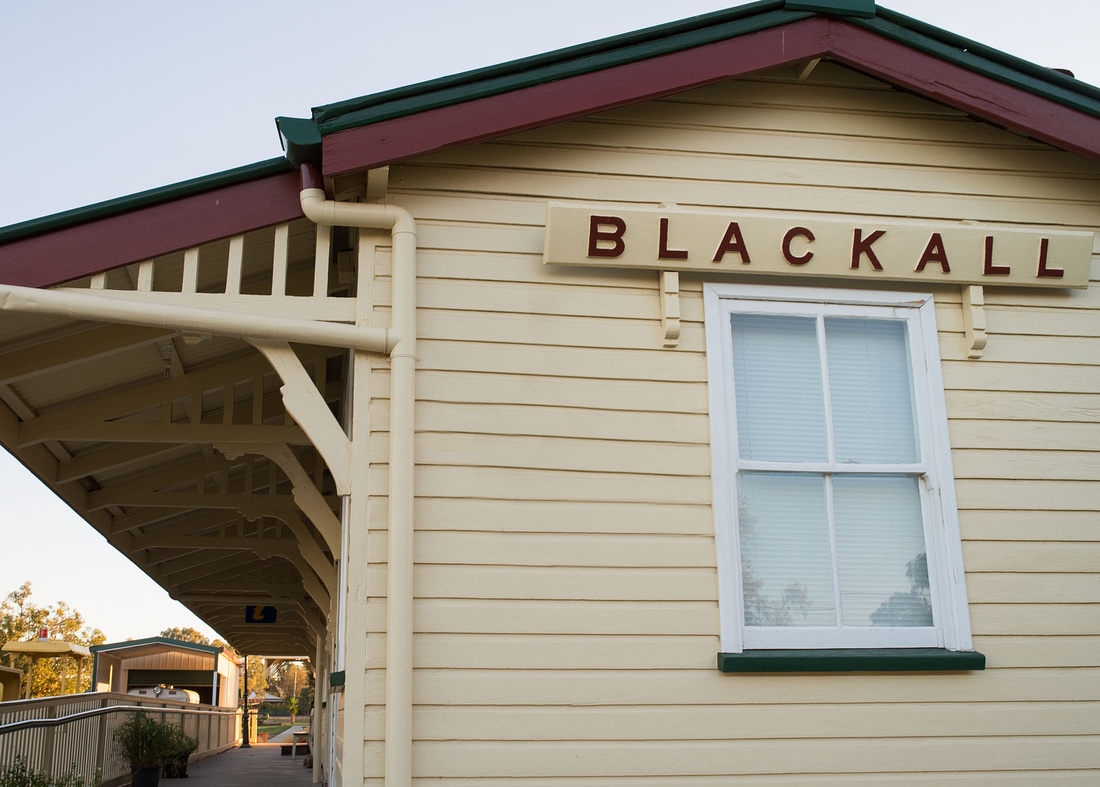 We managed to pack up and start on the drive to Longreach at a reasonable time.

I wasn't too impressed with the caravan park we chose at Longreach; we had no shade (except first thing in the morning) and nothing to act as a wind-break. This photo was taken just after sunrise. 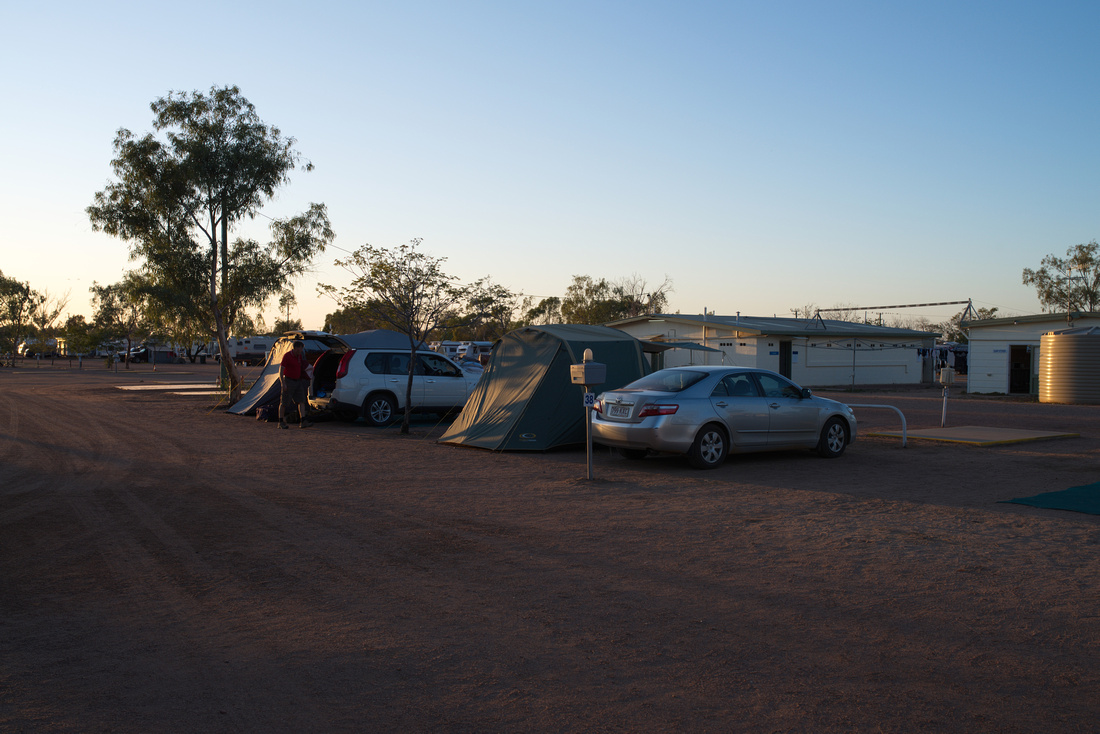 Once we had set up camp we visited the Qantas Founders Museum. We decided to try the 747 tour and only had time for a quick look in the museum before the tour started. The tour includes three planes: 747, 707 and DC3, although you don't get to go inside the DC3. 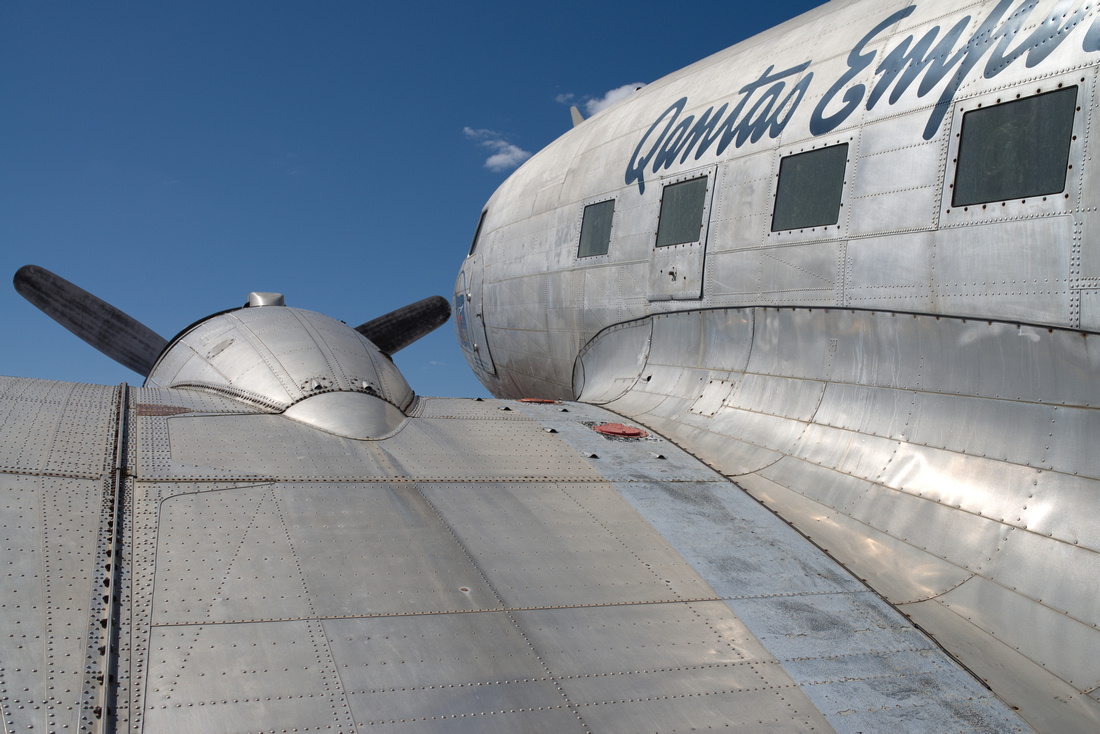 The 747 is parked right beside the car park. 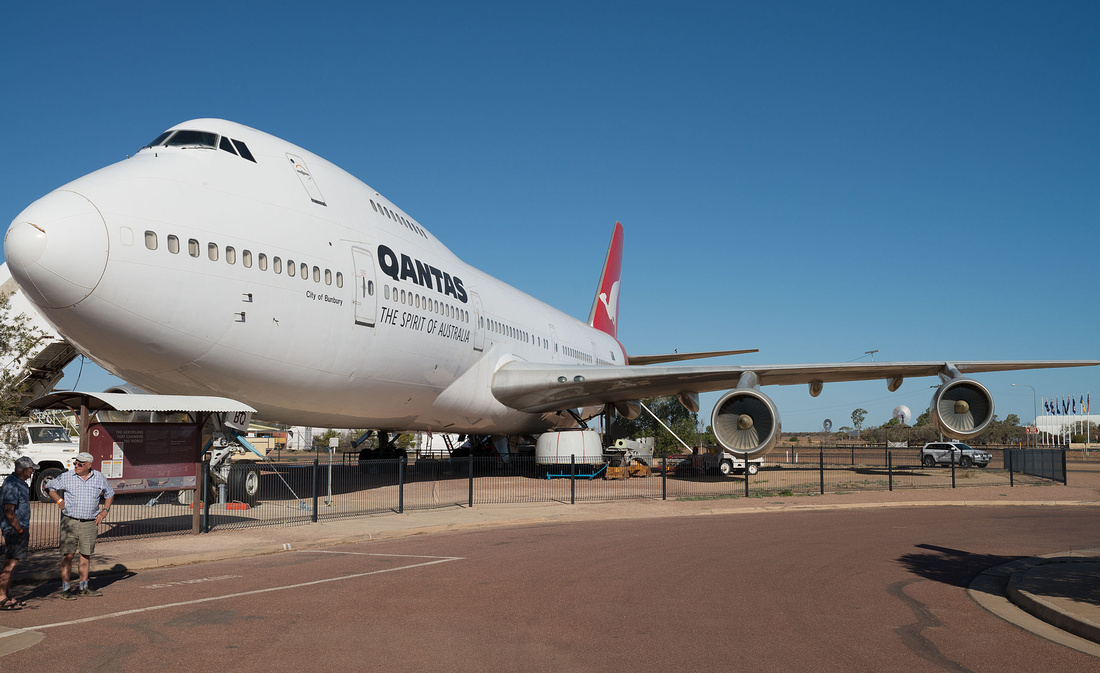 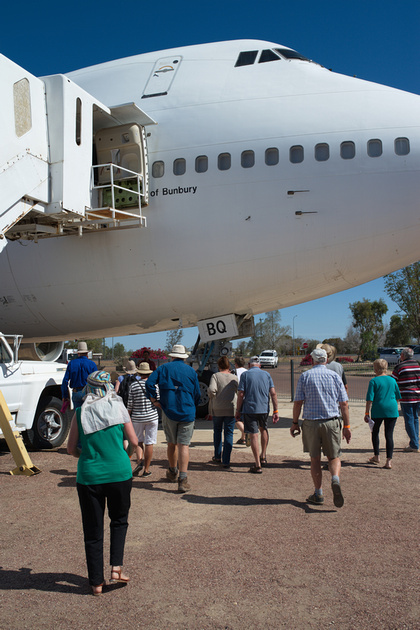 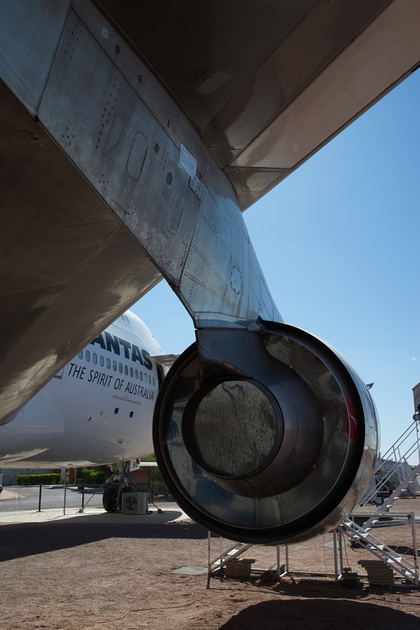 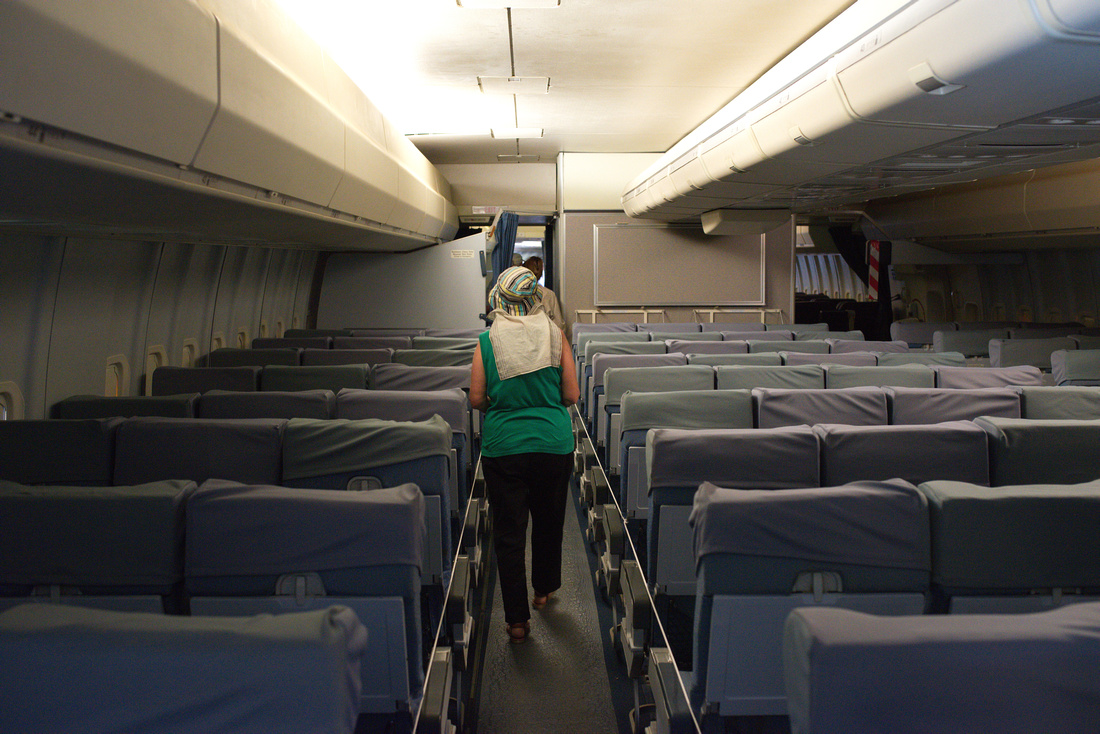 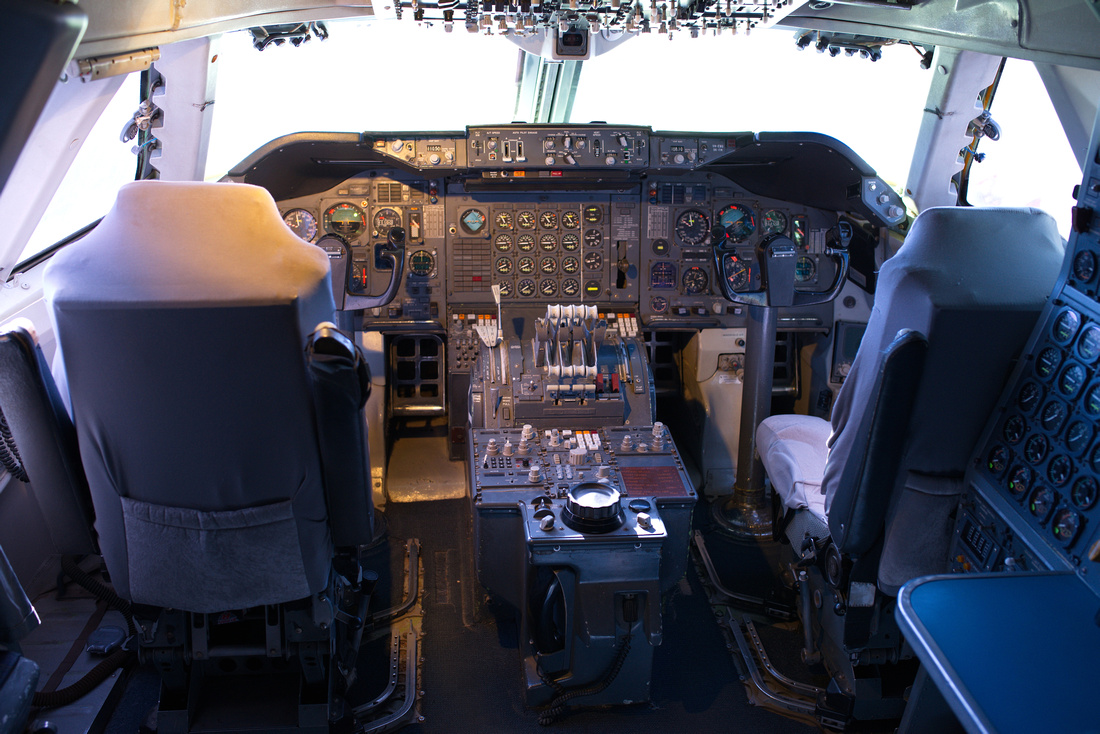 It was almost closing time and we hadn't had a good look at the rest of the museum, so we obtained a pass to return tomorrow.